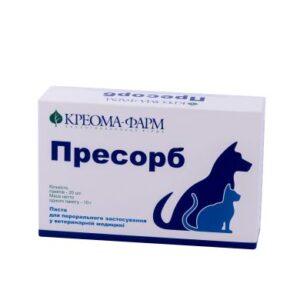 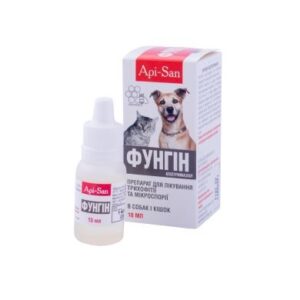 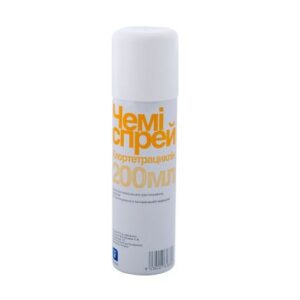 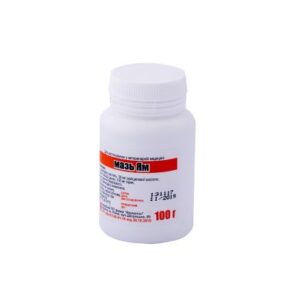 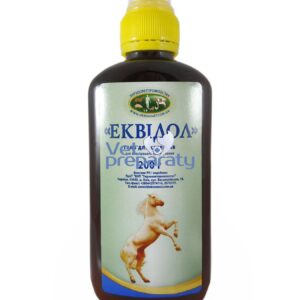 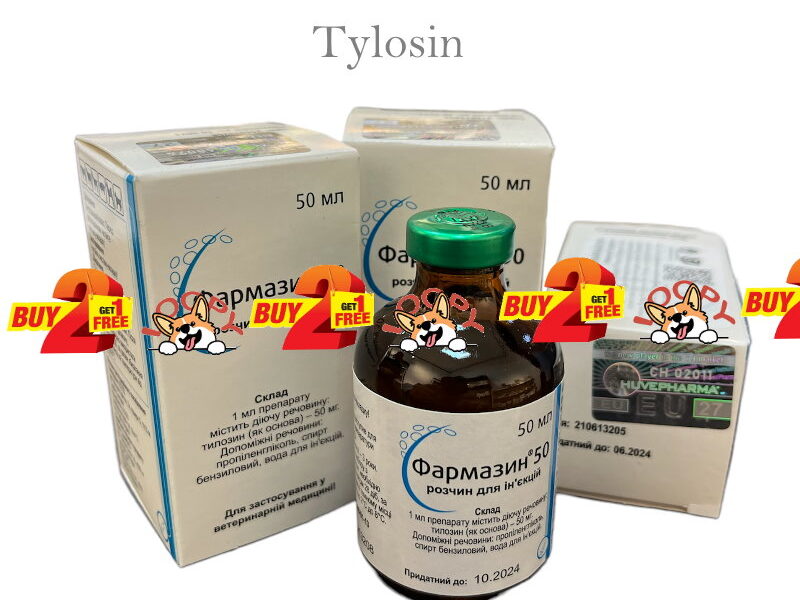 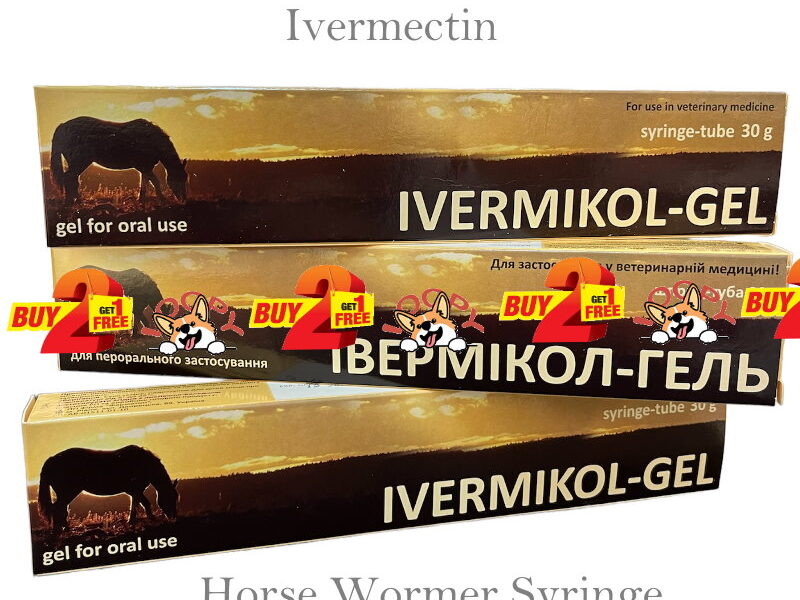 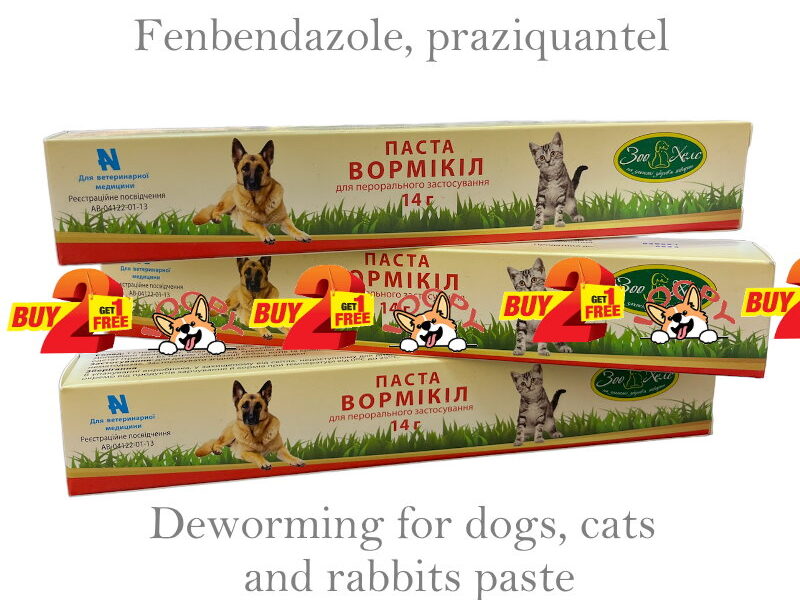 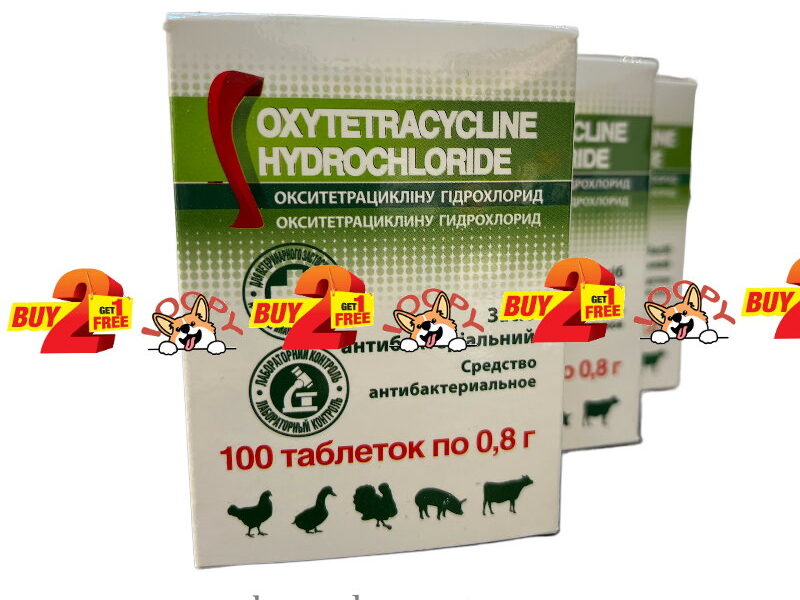 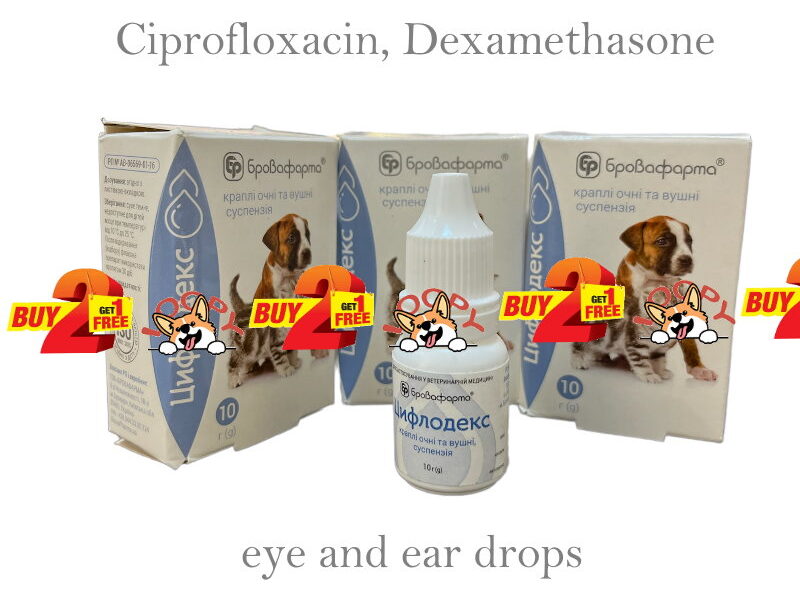 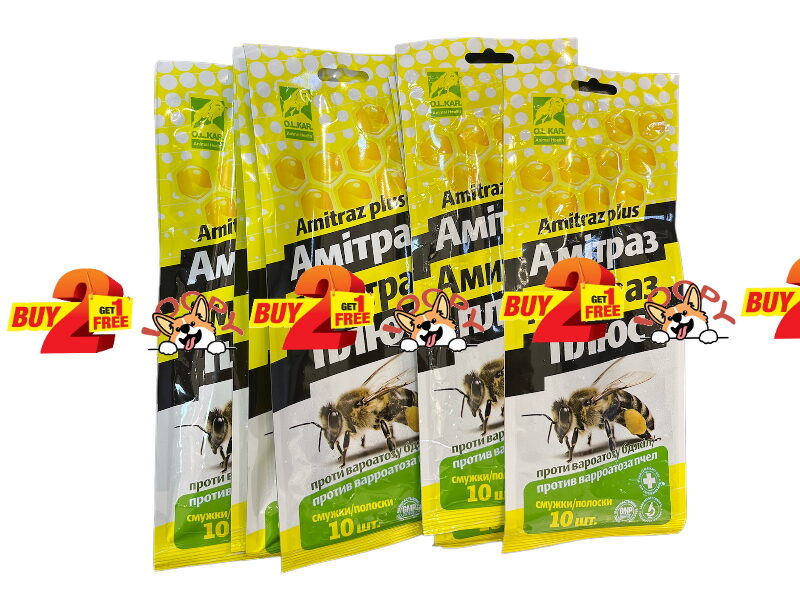 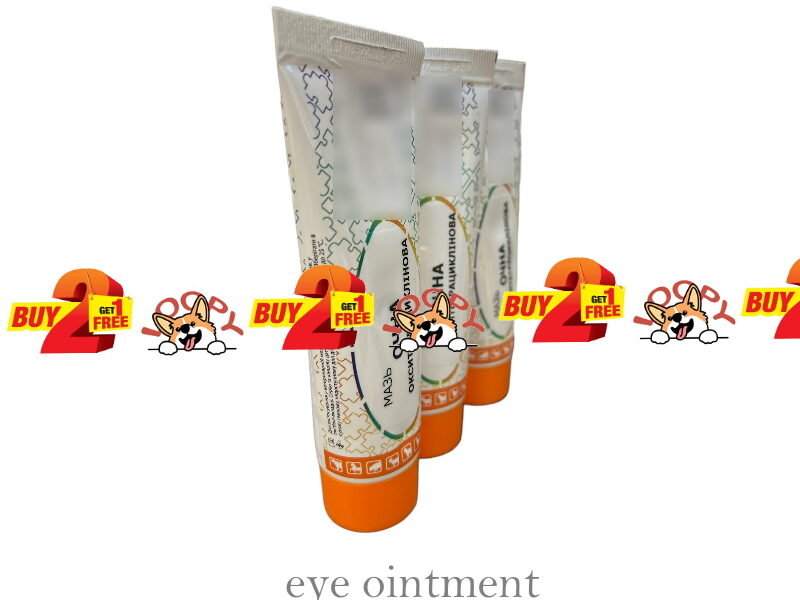 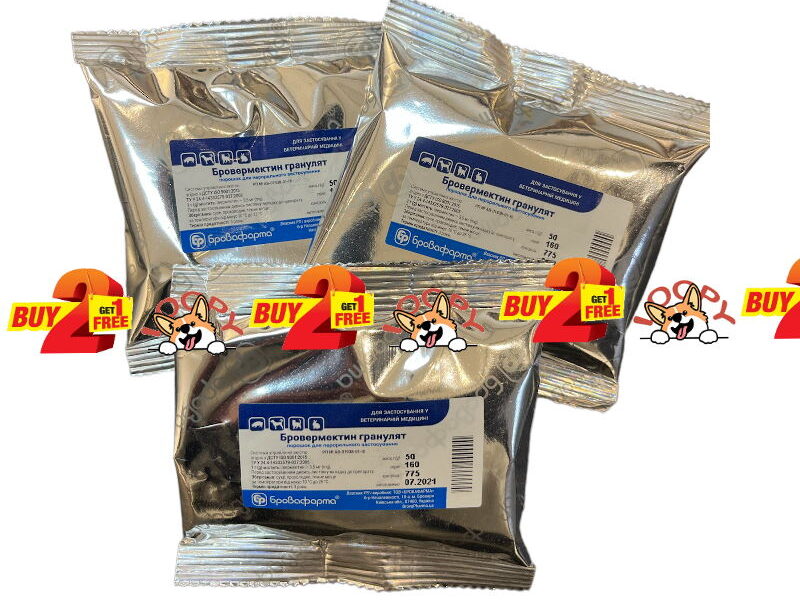 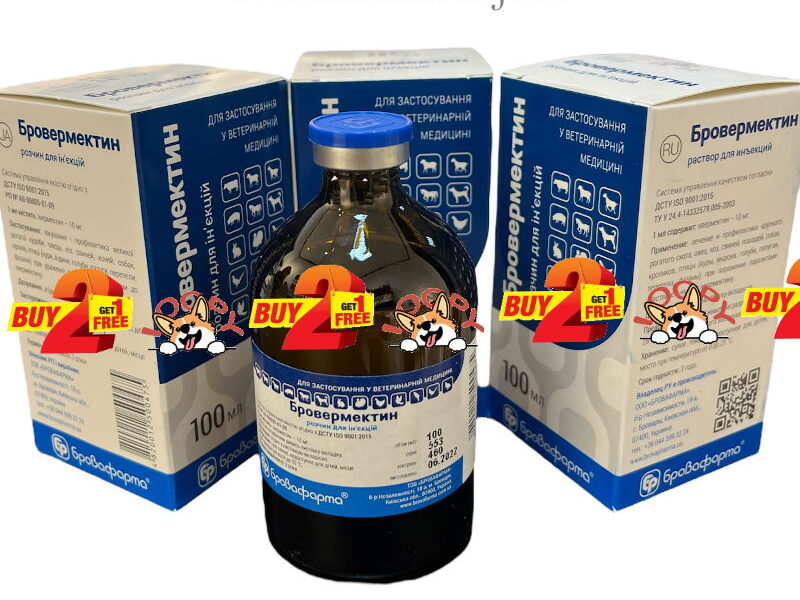 Mechanism of action
Inhibits protein synthesis in bacteria by binding the 30S subunit of the bacterial ribosome; it blocks the portion of RNA that is responsible for the transfer of aminoacyl. The drug is active against microorganisms such as:

The action is complemented by gentian violet. It is an antiseptic dye with a weak antibacterial and antifungal effect, and is active against some gram-positive bacteria, such as Staphylococcus spp, and some pathogenic yeasts, such as Candida spp.

Its action consists in the destruction of cells through coagulation or denaturalization of protoplasmic proteins, which proceeds through cell lysis, and thus complements the action of Chlortetracycline.

Dosage and method of administration

Spray for 2 – 3 seconds over the damaged area from a distance of 15 – 20 cm. Use depends on the severity of the wound and the course of healing. Saw with an outstretched hand.

Before spraying, clean the damaged area from dirt, and remove dead tissue. Allow the preparation to absorb for at least 5 minutes, without allowing the animal to lick it off.

Recommendations for use
Shake well before use.
Before applying, clean the field from dirt and dead tissue.
Avoid contact with eyes as irritation may occur.
Do not allow the animal to lick the drug for 5 minutes.
Contraindications
Do not use on animals sensitive to Chlortetracycline.

Side effect
In the case of use on animals oversensitive to Chlortetracycline, local skin reactions may occur.

Overdose
Since the drug is intended for local use, intoxication due to overdose is almost impossible.

With long-term treatment, dermopathy may appear due to hypersensitivity, which disappears gradually after stopping the administration of the drug.

Shelf life is 4 years from the date of production. 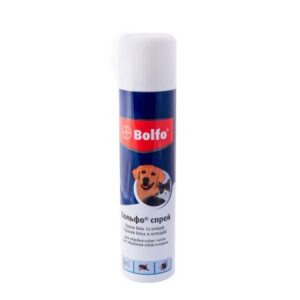 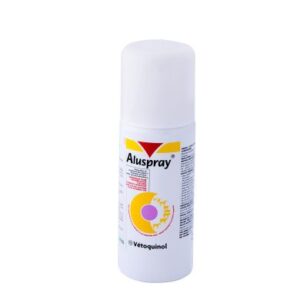 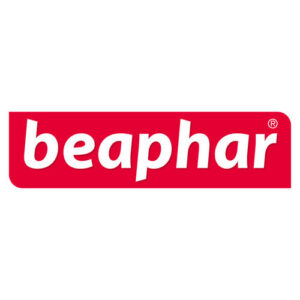 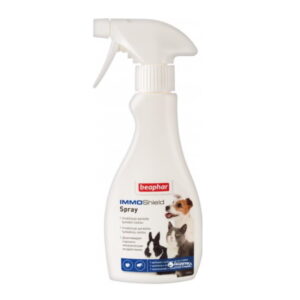 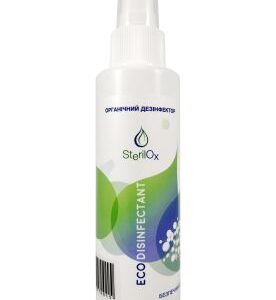 Antiseptics ♦ Disinfectants
17.70 €
Sterilox Disinfectant, 100 ml SterilOx is an aqueous solution containing a carefully balanced combination of oxidants, including the powerful and
Add to wishlist
Add to cart
Quick view 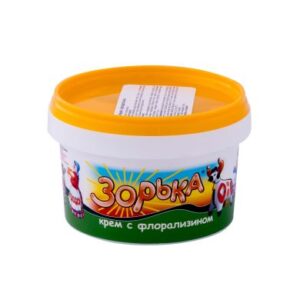 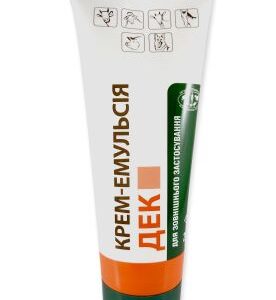 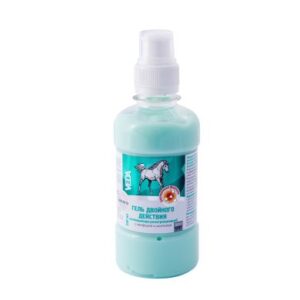 Sprays ♦ Ointments ♦ Gels ♦ Oils
23.40 €
Cooling and warming double action gel with camphor and menthol, 250 ml It is used as a means for
Add to wishlist
Read more
Quick view
-23% 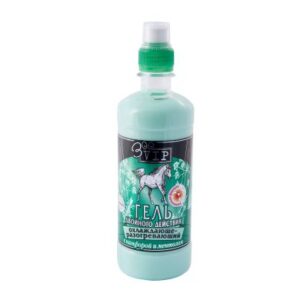 Cooling and warming gel with camphor and menthol, 500 ml 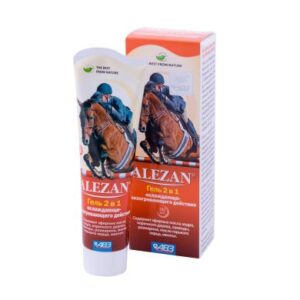 Alezan Gel 2 in 1 with cooling and warming effect, 100 ml 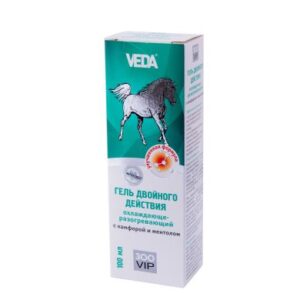 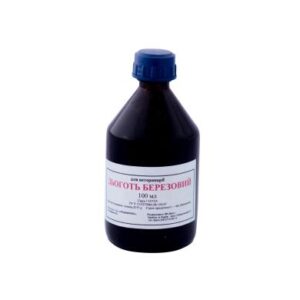